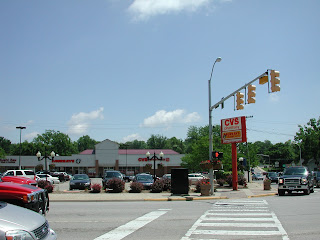 Main Street in Brighton intersects Grand River and forms a well-known and ever-changing intersection. This set of posts will look at the every changing buildings.

Today, a CVS sits on the corner, set back from Grand River with the parking lot in front. A Murray’s Auto Parts store and a Sushi Zen share the location. 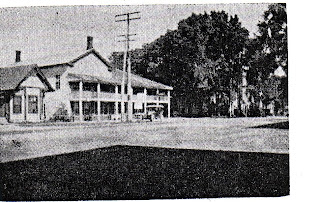 But a hundred and fifty years ago, this location– on the Northeast corner of the intersection– was the spot where the Eastern House (or Hotel) sat. The Western House sits by the railroad tracks on the other end of the down town– all three blocks of downtown. Eastern House sat along the Grand River Trail, where the stagecoaches and wagons traveled, even before their was a railroad. 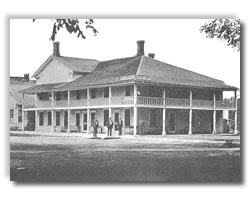 The hotel was constructed in 1850, the same year that Grand River was made into planked toll road. When built, the hotel was called the Brighton House. It was sold in 1892 and became known as the Eastern House.

Anyway, the Eastern House was more than just a hotel. For many years, it was one of the gathering places in Brighton. It was two stories, plus a basement. A sign out front (hard to make out in the photos) says it’s 48 miles to Lansing and 40 to Detroit. Livingston County is the midway between Michigan’s biggest city and it’s capital. 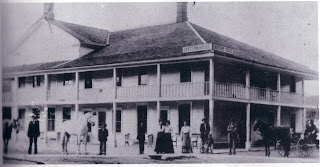 And something else sprouted in the spot.