The delightful Patti Abbott and I paired up again– she’s the City Mouse. She actually likes living in the city… and we paired up this week to do a little City Mouse, Country Mouse post with our respecitve hometowns.

What do I love about living in the country?

I love open fields and forests. Grass between my toes. Crickets and spring peepers. I prefer wild fields and wild flowers over manicured (often too short!) lawns and sparse, sterile flower arrangements. And I like anything growing more than I like anything man made. 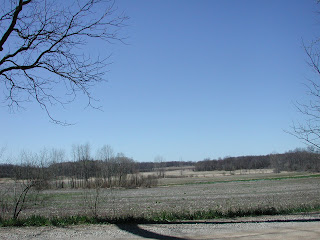 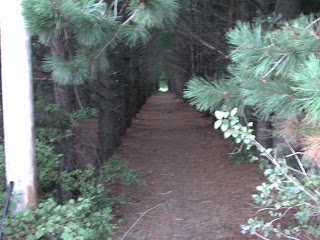 I love quiet. I’m a rather solitary person. I like to not see in my neighbor’s windows. I like, if possible to not hear my neighbor’s beyond the occiasional slam of a door or mowing of the lawn. Similarly, I’d prefer they not hear me… especially certain times. 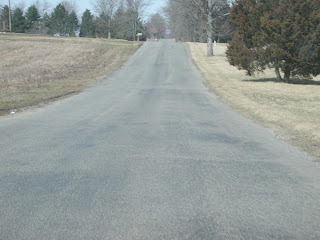 I love wildlife. As a tree-hugger, I like to know that there are still places where bunnies, chipmunks, squirrels, birds, and even deer (stupid deer) can live and frolic in a natural-ish habitat. That they haven’t completely lost their homes.

I love quiet drives down lonely two-lane highways. I love being able to safely make a left onto or off of a road without people behind me getting impatient. Especially since the rustbucket I have doesn’t hardly get out of it’s own way, and it’s not going to do so very fast. (I need a bumper sticker that says: “If you drove this car, you wouldn’t pull out either.”) 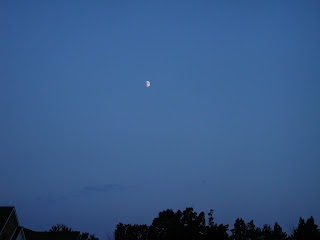 I love star gazing. Even the light pollution from the little cities near me obscures too, too many stars. My trip up to Mackinaw City two years ago made that clear with the bazillions more stars that were obscured by the orange glow of my local cities.

I love that few people in the country are in a hurry. They’re patient, understanding, and most of them are pretty nice. Not to mention the sense of community that comes from living together in a small area. (Not to say that it’s different in the city, but it is. In the country, the community is the town, all the different people from one corner to the next who meet up in the store or the gas station. In the city, it’d be a neighborhood or a clique.) 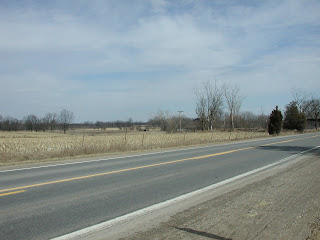 I don’t miss any of the city stuff– like drug stores on every corner, traffic, smog, and vistas taht consist of harsh corners and man-made structures. I don’t miss mile after mile of ashphalt (which also makes temperatures hotter in the summer.) I don’t miss chain stores or noisy neighbors. I lived in downtown Brighton for a spell, and while it was convnient to work, that was the only advantage. Everything eles, I can do with out. I don’t particularly go out much anyway. I have this thing where I get easily irritated at stupid people… it flares up a lot when I try to go to the movies or the grocery store.

Though I admit that I like being only a short drive from town. I think more than 30 minutes is too long. Luckily, in Livingston County, there’s not much city, so it’s possible to live in the sticks and have a job in the “city.”

Sadly, my little slice of country is turning more into suburbia (which leads to city. Cities lead to suffering, to the dark side of the force. 😉 But I still think of myself as a country girl. With high speed internet of course.

Are you a Country Mouse or a City Mouse?

And don’t forget to visit Travis Erwin for other My Town Monday posts!