They’re waiting, sometimes in corn fields along the roads. 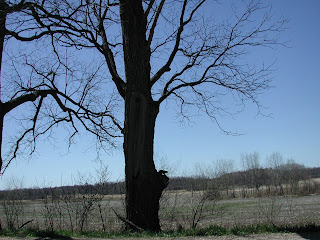 Or standing in the trees, waiting for the sound of tires on ashphalt and the white triangle that marks the approach of my car. 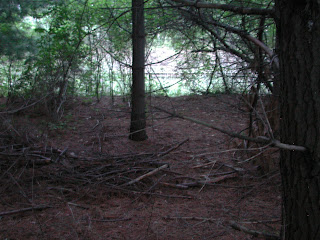 They’ve tried before. Once, they almost got me. Almost.

They’re more determined than ever. 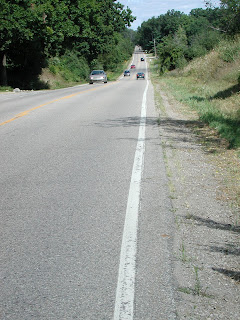 They’re waiting for a long straight stretch of road. Some night, when I’m on my way home.

Or perhaps early morning while Hubby goes to work. No way I get up “early” in the morning! I’m nocturnal. But so are they. Twilight and dawn. When the world is gray and sleepy, night still near.

They’re not thinking clearly– they’re reckless and careless. They’re minds are on one thing. Sex. Two if you count a good time. But that might still be one thing.

They’re a menace to the roads in and around the towns where I live and work. Long straight roads are the most menacing.

As I drive along, I have to be careful, be watchful. They might jump out at any moment. Doesn’t matter if I’m going 55 mph down a quiet country road. They’re not thinking about me. 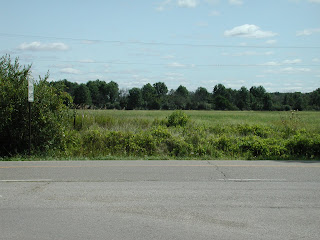 Yes, it’s that season again. When the deer are out frolicking and looking to get laid.

They almost got me once. Wounded, my Firebird limped away. The Firebird, my first car, had to be put down after a deer bounded out from this very field.

Okay, maybe he didn’t run out. Those deer live on the other side of the county where they kamikaze into the side of cars.

Maybe the deer just strolled across the OTHER lane to come stand in MY lane and stare at me like the dumbshit he was. He deserved to get hit. It’s not like I’m fool enough to go swerving into the trees, ditches, mailboxes, and farm fields. Hit the deer dead on. 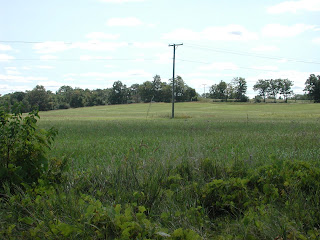 He lived. The Firebird didn’t. (Okay, I have no idea if the deer had antlers or balls. It was a deer in the middle of the night and it wrecked my car. He could have had seven legs and good grills on his teeth and I wouldn’t have noticed.)

Two days later, in my replacement car, I nearly hit another one. Thus the conspiracy was revealed.

I see them. Waiting. They’re biding their time. Trying to catch me off-guard. They know that I’m hypervigilant. So they wait.

Sometimes in groups. Sometimes, oddly, alone. Sometimes they dart across the road, to see if I’m paying attention. Today one was grazing in the center median of the expressway.

They almost got me once.

It’s only a matter of time before they try again.

So they wait. Along the edges of corn fields. Under the shadows of trees. In that odd gray light between daylight and nighttime. They’re out there.

Visit Travis Erwin to read other folks’ My Town Mondays.