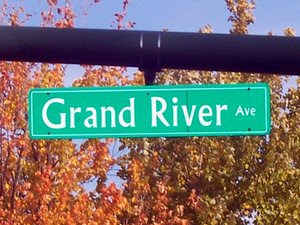 The US Highways System had uspurped Grand River, putting up US-16 signs along the route from Detroit across the state through Lansing and onwards to the shore of Lake Michigan.

But the US Highways System was really just a series of roads. They weren’t any better than the old roads were… they *were* the old roads. With new signs. Put me in a new shirt and I’m not less bitter and cynical. 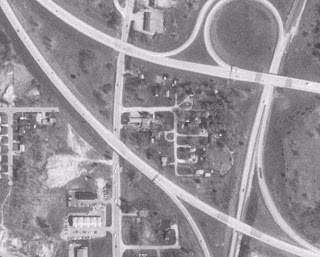 After World War 2, we see the introduction of the Interstate Highway Act. Now this is a horse of a different color. Interstates would primilary be constructed as limited access highways. These are the expressways or freeways (or just highways) as we know them today. With on ramps, off ramps, and fairly un-impeded traffic from point A to point B. 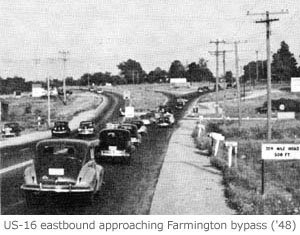 One of the first limited access highways constructed in Michigan was along the route of Grand River. This stretch of road was named the Brighton-Farmington Expressway. At first, this was just a one-lane by-pass going east to Farmington.

Slowly (I mean, we are talking about M-DOT here!) the Brighton-Farmington Expressway was expanded. It was taken downtown into Detroit. Then extended the other direction to Lansing. Then onwards to Grand Rapis.

Somewhere along the way, as the Brighton-Farmington Expressway was built, it got it’s new designation. It became I-96. (I-96 is the only intrastate interstate. It does not exist outside Michigan. Like Faygo and Better Made chips, it’s purely a Michigan thing.) With the construction of I-96, the old US-16 designation was retired.

Grand River Avenue got it’s name back. I-96 didn’t follow the exact route of US-16/ Grand River. While Grand River went through the center of town– and still does– I-96 was routed around the towns. It cuts across the farthest edge of Brighton at the time, and even now the city limit is just before the expressway. Development has continued on the other side of the experssway, but it’s not the same. It then continues on and passes south of Howell. 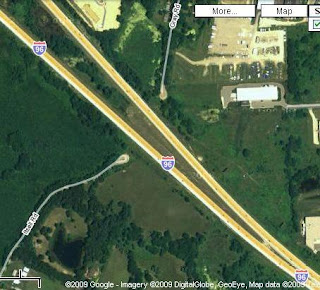 I-96, like all Interstates going in, had a nasty habit of cutting through roads that were already in place. Some of those roads got bridges. Others got dead ends. Today, there are still some roads in Livingston County that are clearly bi-sected by the expressway, with Road Ends signs on either side of the 6-lane interstate.

With the completion of I-96, linking Metro Detroit to the soon-to-be suburbs, there was another population boom in Livngston County. Many of the major subdivisions surrounding both Howell and Brighton were constructed during the 1970s and in the start of the 1980s. It’s all them Baby Boomers having their kids and moving out of the city. With the Interstates in place, people could live farther from work.

And Grand River Ave reverted to local control, regaining it’s name Grand River. From what I can tell, it may be at this point that Grand River gets the Avenue distinction. Something to do with being the fifth Avenue (along with Woodward, Gratiot, etc in Detroit.) But why Grand River was ever called “Road” out here in the sticks, I may never know. That’s the sort of thing that doesn’t make into history books. Especially when history books are sparse as they are in a place like Livingston County.

My Town Monday is sponsored by Travis Erwin. Or something like that.