Now, economically, things have been rough in Michigan for quite some time. We lead the way into recession years ago. 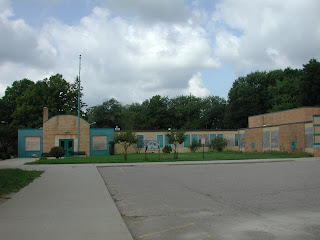 One of the casualties of the failing economy in Livingston County is the schools. The number of students has been dropping in all the local schools. This compounds another problem, which is that the Livingston County schools get the bare minimum of state funding, in spite of increases in student body and tax-base. It’s a political thing… and it’s hard on the local schools. We’re suburban these days, but the we don’t get funded like a suburban school. We get funded like small-town two-cow rural schools. We’re totally four-cow towns, at least. 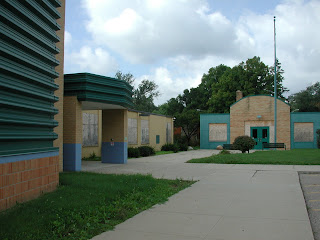 So, the school districts look for places to cut. One of the places was a little elementary school in Hamburg. Hamburg is a tiny town anyway, and the elementary school had about 300 students. That’s it. It was the smallest school in the Pinckney school district, but it was also the most cherished. Logically, it made the most sense to close this one elementary and shuffle the students into the other area schools. It’s regrettable, because, honestly, this is how an elementary (hell, any school!) should be. The staff knew all the students, there’s was an incredible sense of community, and it was an integral part of the community around it. 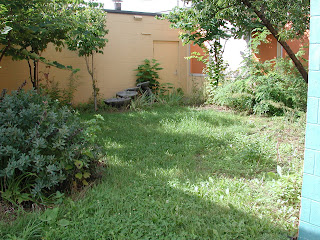 Now, forgive a little more political ranting, but if Pinckney was a smarter school district, instead of boarding up Hambrug Elementary, they’d have that building making them money. How? Well, they’d open up their own alternative/ adult education program. Pinckney schools hemmorages high school students, most of them heading to another alternative ed program in the county. These students are non-traditional and most of them hate the way that Pinckney High School is run. (I should know… I was one of the students that couldn’t fucking leave Pinckney fast enough. I made it 2.5 years of high school.) In other districts, a well run alternative high school program is AT LEAST self- supporting. At best, it can actually make the district money, as, allegedly, the program in Brighton does. 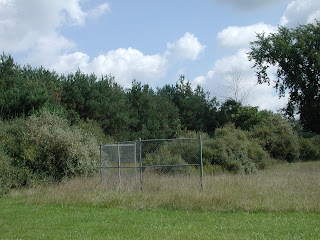 The size of Hamburg Elementary is about perfect for a small alternative school– or even half the building would suffice. It would put the building to use instead of leaving it boarded up. So far, there’s no vandalism, but it’s really only a matter of time. Someone will have “fun” trashing the place and then it’ll end up like the closed schools in Detroit– too much money to repair.

Now I’ll admit my biases. I think Pinckney schools has a dreadfully mismanaged high school, still. (I think it’s an identity thing– they still act like a small cow-town rural school when they are not. They are a suburban school.) I also work for an alternative high school that is run well and is financially solvent. I also hate to see this wasted opportunity. There are far too many places boarded up in Livingston County, too many casualties of money and poor planning.

I love my county. Really. But it’s hard these days. Maybe my students who think that the Great Depression has to do with needing Prozac aren’t so far off the mark…