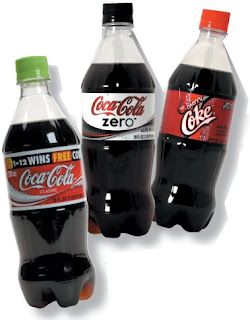 Livingston County is part of Michigan. Around here, we call this: 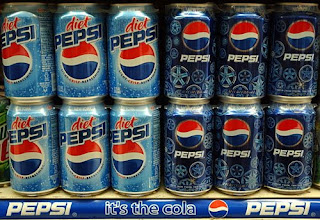 In Michigan, we also have Faygo. It’s a Michigan product. And one of Faygo’s products is Red Pop. 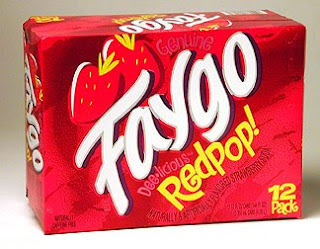 Because this is Michigan and we call it Pop.

We’re also likely to pick up our Pop at a Party Store. Apparently, people in other non-mitten shaped states would go to a Party Store to pick up paper plates, hats, balloons and streamers. Our party stores mainly sell Liquor. And overpriced Pop.

You can return your empty Pop (but not Soda) bottles, along with your empty beer cans at the Party Store to get your deposit back. Carbonated drinks have a 10 cent deposit in Michigan. You pay the extra 10 cents on carbonated drinks, but you get the money back when you return them. Unfortunately this does not apply to water or juice, even if it comes in the SAME bottle as, say, your Pepsi. I hope legislation will change this, but, well, probably not since they are legislators. The idea behind the deposit was to keep litter down and help recycle. 10 cents is enough to get most people to return their bottles.
Growing up in Michigan, it’s not at all uncommon to go hunting for bottles tossed out car windows. It was a few bucks to spend on candy.
Or Better Made Potato Chips.

Like Vernors. Another kind of Pop. Apparently some folks never drank Vernors. Makes your nose feel all fizzy. I mistook a cup of beer for Vernors when I was young… that was very disappointing.

Around here, you’ll find quite a few folks who head “Up North” for vacation, usually to hunt. They may or may not make it across the Mackinac (that’s pronounced Mack-i-naw, of course) Bridge to the UP (or Upper Pennisula.)

Or they might travel to the “Big Lake.” Yeah, in a state surrounded by Big Huge Lakes, everyone who goes to one of the Great Lakes really does just call it the Big Lake. My family usually went to Lake Huron– that was our “The Big Lake.” And we always brought pop for the trip.

I know the obvious Michigan words, but some of them surprise me. Apparently the rest of you don’t say “Doorwall” for a sliding glass door.

We say ‘kitty korner’ rather than caddy corner. We usually say freeway or expressway (or eway) but not highway. And apparently the rest of you thaw or de-ice while we dethaw.

Around here, you might cry alligator tears if you’re losing bad at Euchre while outside there’s a toad drownder going on.

Or at least in some regions we do.

But we still drink pop. The only soda we have is baking soda.

Because this is Michigan.

And if any of you guys (not youse guys) know any other words that are uniquely Michigan, please, let me know! As a life long Michigander (do NOT say Michiganian!) I would love to hear what we say that you don’t!