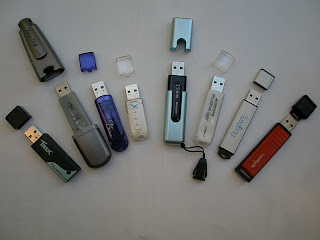 Many names for the same device. These handy little things provide removable storage, like a floppy disk that lasts longer and is less prone to corruption. 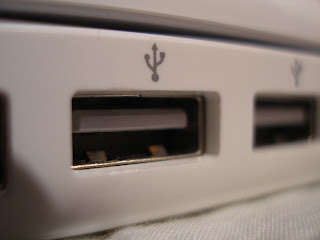 The most commonly used name is Flash Drive. (Or USB Flash drive.) The two main components of such a device is the USB plug that sticks in the port on your computer. USB ports are the same on desktops as they are on laptops. Flash drives hold your files, movies, music, and pictures so you can transfer them, use them on another machine, or back them up in case the computer runs its last RAM.

Flash drives come in large sizes now. As of this writing, the smallest Flash drive I could uncover is a mere 2Gig drive. And there were only a few of those, crowded out by the herd of much larger Flash Drives.

Flash drives are convenient. In an era when many computers no longer come with floppy drives, Flash drives are a universal storage media. There are no moving parts in a Flash drive, so they last longer and are less prone to failures.

Some flash drives come with programs on them (instead of the program coming with CDs). Others can even run a program off the Flash drive, for example, it’s possible to get an email client or a web browswer (with all your settings and favorites in place) to run off a flash drive.

Wonderful little devices. I wholly recommend them for storage and file transfer.